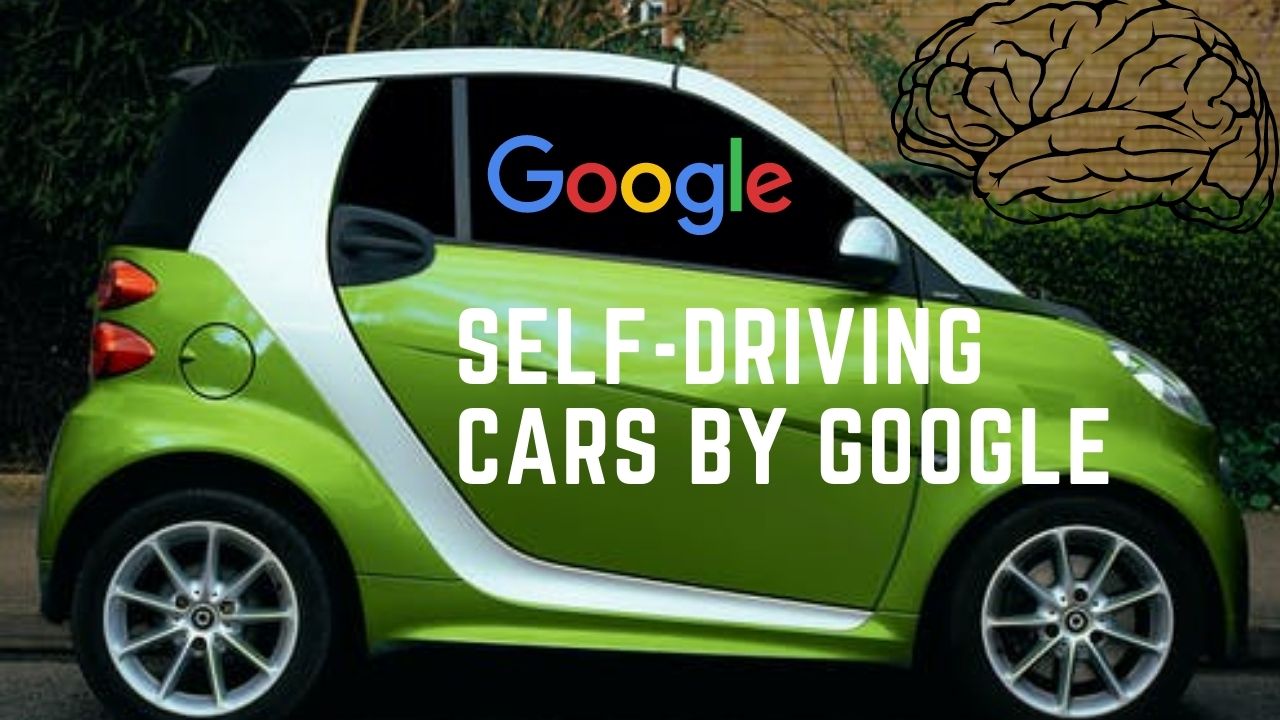 We have all heard about driverless cars in the past decade. But we haven’t seen any of them yet for public use. Google was the pioneer of this project. Many years before the Tesla self-driving car project, this game was just established by Google in 2009. They were very confident to make a fully autonomous car to amaze the world. We all remember the videos on youtube that were of google’s fleet of Toyota Priuses. Along with this, Luxus was seen as self-driven on roads also by Google. Let’s know more about self driver cars by Google.

At that time, it was a piece of very amazing news for people. They started to think that Google will win the race of autonomy because of its big economical and technological position in the world.

But after all, we know google is not a vehicle company. They made several mistakes and wrong decisions that put this project in vain. We all hear about tesla that is ruling all over the world in the name of cars. They are also far better at developing autonomous cars than Google. Despite their six years late entry into the market than Google. Let the time decide who wins this race. But here, we will discuss all the history of the self-driving car by Google.

In early 2009, google started work on this project and they name it WAYMO. Over ten years, WAYMO faced many ups and downs.
In 2018, Morgan Stanly (an American multinational investment bank and financial services company) said that Google self-driving car WAYMO unit could be worth 175$ Billion. It was the highest valuation at that time.

The very next year this value was cut off by 40% and reduced to 105$ Billion according to Morgan Stanly. And in early 2020, when CEO of WAYMO John Krafcik announced a 2.5$ Billion outside investment into the business. But the total value of the company was reached at just 30$ Billion. That shows the continuously decreasing value of the company in the past decade.

So, what happened to this superficial pioneer of driverless cars by Google.

The game was all begins with a professor of Stanford University named Sebastian Thran. He was on researching automatic cars at Stanford for much time. In 2005, professor Thran and his team won the DARPA grand challenge. They have developed a self-driving car named as Stanley robot. Which has to travel 132 miles in the desert without a driver. The team won the cash price of 2$ Million.

After it, Google hired professor Thran in their research lab. Professor was not stuck with them for a long time, but he developed the base of the self-driven car in 2009.
And professor Thran was likely to go with his own project named Udacity. That was an online educational organization.

They test the Toyota and other cars on the road in 2019. And till 2010, they mentioned in a blog post that Google cars have traveled on roads more than 140,000 miles. They were aiming to rule the world with autonomous cars. That should lessen the number of accidents and deaths every year.

After that, we didn’t hear much from google for almost 2 years. In 2014 they mentioned in a blog post that their vehicles are mastering city streets. That means they have achieved a milestone. Because the cars were able to control more edge cases from the past.

After the update in 2014, Google releases its first mini automatic mini car that has no brake, no race, and no steering. This car was able to run up to 25 miles per hour. But this car seems to be dangerous to move due to its complete autonomous functions. 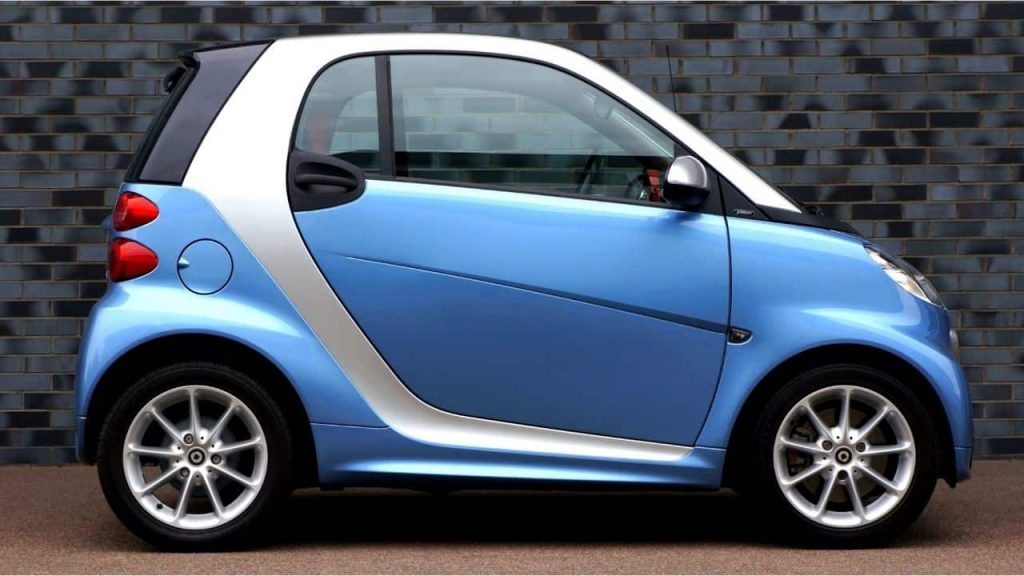 In February 2016, their first car was got into a mild accident. It was only physical mild damage because the car was running slow before the accident. Despite that, they have seen several accidents with their cars.

They continued to ignore these accidents as these are only small fractures. So, they moved on.
Till April 2016, Google continues to test its vehicles in Arizona (U.S state). They especially choose this area because of its dust and heat effects. They want to test it on their car sensors.

In last of 2016, Google named their car company WAYMO. They also collab with other car companies like Jaguar and Fiat Chrysler.
In 2017 they launched a ride-sharing service on 100 autonomous cars. Many people enjoyed the rides on WAYMO. For 2 more years, They continued to experiments and launching their ride-sharing service in many big cities.
At the start of 2020, Google has launched 600 total driverless vehicles that complete over 1 lac ride share since the start. In these rides, they didn’t even use the safety drivers.
Besides, Google was aiming to add another 62 thousand Chrysler pacifiers and 20 thousand Jaguar i-pace SUVs on the roads.
Google was also working on a secretive project called Husky. That aimed to track and commercial delivery industries.

As we have seen, they haven’t stopped progress in Artificial Intelligence and Deep Learning. But why other companies succeeded in this race. Lets Discuss.

The first drawback of WAYMO was its scale. If we see Tesla from past many years, they notice that car production at scale is much hard way.

As we discussed earlier, Google is not a car company. So their high budget and super pieces of equipment were not enough for their success.

Waymo SEO mentioned in an interview that

Building a car is difficult But making a car that works well with Waymo’s technology is far more complicated.

The big mistake that Google continued to make is the use of Lidar. It is the big raider on the top of the car that continues to release laser light at a 360° angle to detect objects. But Tesla and Open Pilot companies by use of simple cameras and sensors have proven false the use of lidar.

The use of lidar is not much worse. But it was a way too expensive plus to install and set this lidar was much tricky.

Lack Of Data At Google:

Data is the most important aspect of every business. But Google lacks it. Google only owns 600 cars. These cars are privately owned and financed by Google only. But other car companies like tesla have collected more data than WAYMO. At the start of 2020, WAYMO announces that they have traveled 20 million miles on the roads. But on the other hand, Tesla drops the stats of 3 Billion Miles driven on the roads. That was proven the clear defeat of Google by Tesla.

After all, Google keeps its 600 vehicles private. That infected them with data shortfall.

Depending On HD Maps:

HD maps are actually the clear high-resolution views of the streets and roads. These HD maps need to keep updated with the roads for cars to work. This is because the Waymo car was not fully automatic. It was not allowed for it to make the decision on only what it sees on the road. The car has to consider an HD map of the road also alongside live view.

If you are moving to that area where HD maps are not supported, then the car didn’t work. Or if you are going to a new city, you have to download HD maps in the car. That will use a lot of data.

The most awful issue that Google faces with Waymo is the lack of its customers. After completing the development of the self-driver car, google needs to license it with other car companies to launch. But these companies are also working on their own automatic vehicles. So, there is no need for them to collab with Google.

Despite all these loose holes, We still consider the Google as king of automation. As it proves it in many products like Google search, Gmail, Youtube, Gmaps, Google Ads, Mobile Assistant, Translation, and Voice Recognition.

So, here I end up my discussion on this topic. Write your views and ideas in the comments section. According to you, when will we see these cars common on roads? And who is going to rule this industry?

Write For US | Guest Post | Technology | Qodiq.com - Welcome To QodiQ

[…] Intelligence and Automation is the most famous field these days. Every software or company trying to bring automation into […]